The standard length of the postgraduate study in internal form is 4 years and in external form is 5 years. The deadline for submitting applications is June 30th, 2020. Possible topics of study and other information can be found on the page about details of PhD. study.

The funeral ceremony can be watched on Friday January 22, 2021 at 11.00am via online transmission on YouTube channel of Parish of the Queen of Peace:

Prof. Frič was a famous Slovak mathematician and the former Head of Košice's branch of the Mathematical Institute of the Slovak Academy of Sciences. He was born in Prešov, Sept. 30, 1944, Eastern Slovakia, and he come from a family of a physician. He had two elder brothers and one sister. After the Second World War, the family moved to Košice. In 1962—67 he studied at the Faculty of Mathematics and Physics of the Charles University, Prague. His principal professor was Academician V. Jarník. During the study he was involved under guidance of Prof. J. Novák into topology.

After completing his university study, Roman Frič was employed at the Mathematical Institute of the Czechoslovak Academy of Sciences, Prague, 1966–72. Here he became a PhD student of Prof. J. Novák and here he defended his thesis: Sequential structures and their application to probability theory, 1972. Then he was employed at the Transport University in Žilina. During this stay he spent a half-year study stay in the USA by Prof. E. Hewitt (then also at Univ. of Princeton and at Univ. of California). After his return, in Košice there was founded the Branch of Institute of Mathematics SAS, and the head of the Branch, Acad. J. Jakubík, was looking for new collaborators. Under an efficient support of the Head of the Mathematical Institute of the Slovak Academy of Sciences, Acad. Š. Schwarz, Roman Frič was appointed at the Branch in Košice, 1979, where he has been already working 40 years. Here in 1995 he defended a title DrSc. (the highest scientific title in our country) defending his thesis: Sequential convergences: extensions, completion, enlarging, iteration. After the dead of Acad. J. Jakubík (1923—2015), Roman Frič became the Head of the Branch.

In new times after the political changes in 1989, in Ružomberok, the Catholic university was founded. It was natural, that Dr. Frič also started to organize the study of mathematics at the Pedagogical faculty of the Catholic University. Also thanks to him it was possible to smuggle a rigorous mathematical element into a catholic spirit. He helped a lot in building up of the catholic education in Slovakia and also in creating of international contacts at this university.

Here in the nineties, he started to be interested in his new mathematical love — quantum structures. This is a mathematical theory inspired by mathematical problems of measurement in quantum mechanics. It is pleasant that the Slovak school of quantum structures is internationally recognized and Dr. Frič was its dignified representant. Two Slovak mathematicians, F. Kôpka and F. Chovanec from the Military Academy in Liptovský Mikuláš, flashed up at the sky of quantum structures when at the beginning of the nineties published in Mathematica Slovaca a new mathematical structure — D-posets (difference posets) where a primary operation is the difference of two comparable elements. D.J. Foulis and M.K. Bennett followed them when they introduced an equivalent structure — effect algebras, where the primary operation is the addition of two mutually excluding events. Dr. Frič immediately recognized a big potential of D-posets which contain both two-valued events as well as new phenomena, fuzzy events, and in this connection, he had came back to the foundations of probability theory and now in a new look and with new ideas. Together with his PhD students, Dr. M. Papčo, and D. Štiberová, they were studying what actually a fuzzy probability is. They were also actively applying methods of the theory of categories and topology. In this new area, Dr. Frič had published 40 papers. During his topological period, he has published around 80 topological papers.

A very significant feature of Dr. Frič was his effort to understand why things, mathematics, probability work as they work. And he was successful and he was trying to explain that also to his students as well as to readers of his 15 papers in the area of didactics of mathematics. He presented his interesting results at many conferences as well as on long term study stays at Univ. Trieste, Univ. Udine, Washington State Univ., Bourgogne Univer. Dijon, Univ. Matsuyama, Univ. Matsue, Cambridge Univ., etc. He was an active member of the International Quantum Structures Association, where experts in mathematics, physics, logic, and philosophy are associated.

His important feature, and this is the most important one, was Roman's humanity, his willingness to help anybody either his colleagues or students. He was very active in the movement Racio et Fides which associates people of faith and of science. He was self-sacrificing and with his beloved wife, Babca, they raised three children. He had a sense of humor (he has met his wife at the top of a very high brewery chimney in Košice), and everywhere where he appeared, he had spread out good mood.

Dear Dr. Frič, dear Roman, allow me to thanks you for everything whatever you have done for the Slovak mathematics, thanks for your friendship.

Funeral services will be in Košice on Jan. 22, 2021, 11 a.m. and due to strict anti-epidemic restrictions, the services will hold only in a very narrow family circle.

On January 13, 2021 has passed away our former colleague prof. Robin Lyth Hudson, Univ. of Nottingham. Twenty years ago he had been employed for a one year at MI SAS. 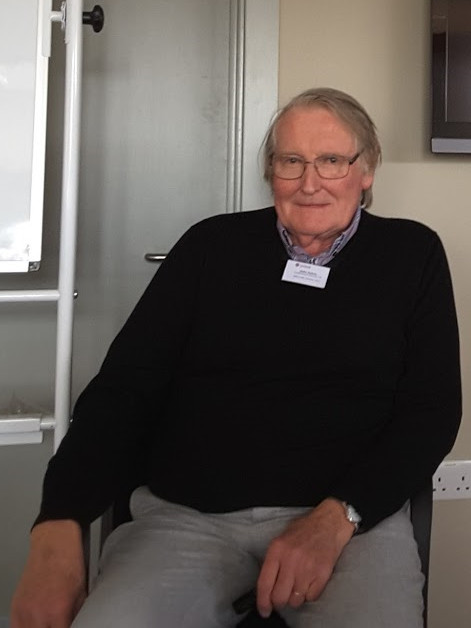 On January 13, 2021 has passed away our colleague from Košice branch of MI SAS 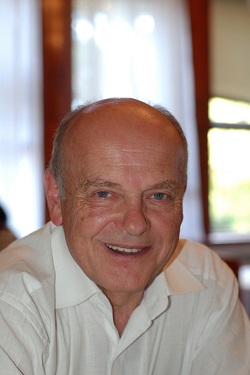