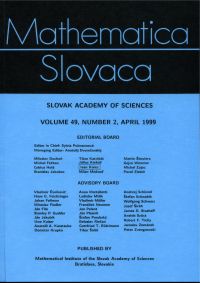 Since 2007, the journal Mathematica Slovaca is being published in cooperation with Springer - Versita.
(A more detailed information is in preparation.)

The aim of this journal is to publish original research papers in all areas of mathematics containing new substantial and significant results or methods, with complete proofs. Contributions presented to the journal can also be short notes, surveys and possibly research problems. Occasionally the journal publishes book reviews, notices and news about topical events interesting to the mathematical community. In addition to regular issues, supplementary issues are published focusing on a theme of current interest, honoring an individual, or containing proceedings of a conference. The journal is covered by Current Mathematical Publications, Mathematical Reviews, Zentralblatt MATH, and Referativnyi Zhurnal Matematika.

Mathematica Slovaca is published by the Mathematical Institute. 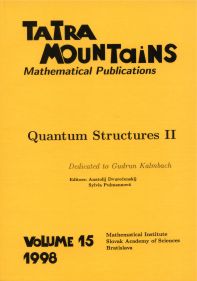 It is being published since 1992 when the first issue had appeared. Since 1993 two or three issues are published per year.

The aim of this journal is to publish original contributions in all fields of mathematical research, especially collections of papers on single topic.

The following volumes are indexed in CC (Current Contents) database: 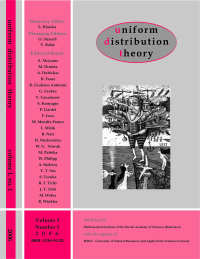 It was founded in 2006. Since 2011 the office and the web page were moved to Boku-University, Vienna, Austria:
http://www.boku.ac.at/MATH/udt 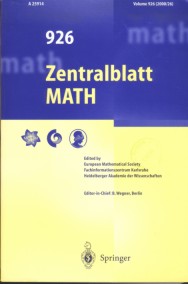